My 2016 2350RSFB had a sport arch with blanking plates over the speaker cut outs so I thought I might add a couple of speakers to get some audio at head height while riding. Behind the blanking plates I found speaker wires and LED wires pre-wired. Installed some Kicker LED speakers and low and behold no audio. Went digging under the helm and found the speaker wires laying there unconnected. After doing some investigation to see how my other speakers were wired to my Kicker MX800.5, I found that my starboard center speaker (I currently have front, center (near the helm) and rear deck speakers) looks like it might be run in series with my front speakers. Both my center and front speakers use gray and gray/black wires and it looks like one of my center speaker wires comes into the harness and goes back out another piece of wire loom, potentially to my front speaker. I would have expected both speakers to be wired to my amp in parallel under the helm. Could they be in series?? If so, can I connect my third set of sport arch speakers to those channels in parallel or do they need to be wired to the rear deck speaker channel? 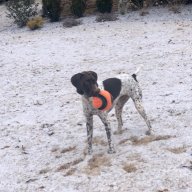 Try calling the folks at Crutchfield Audio. Even if you didn't purchase the equipment from them, I'm betting that they'll give you some expert advise as they have a terrific reputation for customer service. Can't hurt to try. I buy a lot of my equipment from them because they have great prices, great service and free delivery on most items.
2016 GCW 2574 ESP w/250HP Verado Pro, Midnight Black w/Matador Red, Bamboo Oat Flooring and other fascinating options chosen by my dealer.

I would wire them to the head unit rear channel, then you know that you will Not be taking away from the current speakers performance , and will have a full 25w to those two speakers. My 2 cents