My Bennington seems to be a nice boat but...

I honestly have no words at the moment. I darn well know I’d find an entire dictionary worth of words during my follow up. That, and potentially bringing in legal advice if there was damage and an attempted cover up.
Jeff Smith
Cottage on Houghton Lake, Michigan
2017 24' SSBXP with SPS package
200hp Mercury Verado Pro 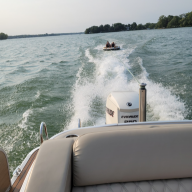 To be fair I'm giving the dealer amply time to investigate and respond. I better hear something by Thursday or... I can't imagine this being resolved anytime soon. I've only had the boat for a year. I just don't see how I could ever feel safe in this vessel or trust this dealer. If this thing unwinds the way I think it will I'm pushing to have the dealer buy the boat back. Unfortunately, there is only one Bennington dealer around here so I'll probably have to switch brands. Does anyone have any experience with Manitou?

Thanks all for the words of encouragement.

Take photos photos and then more photos. I'd be documenting everything which I'm sure you are. Otherwise someone will pull that silicone off and say you damaged it after they launched it.
2014 24-SSLX- SPS-Yamaha F200 Top Speed 44.4mph. Saltwater Series. Tow Vehicle-2017 Silverado Z71 5.3L. Genesis tandem trailer w/brakes. MSU Grad. 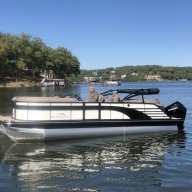 I know all the facts aren't in, but I'm not sure any repair would satisfy me. I agree I would want them to buy it back, who knows what all happened to the boat. A stand up thing to do would be provide you a loaner boat for the summer too. As a general rule I hate to escalate things, but getting a lawyer might help resolve this sooner rather later.

As for getting a different boat, this isn't a Bennington issue it's a dealer issue. I'd stick with Bennington and go with a different dealer even if they were hundreds of miles away. There must be other marinas that could service and store the boat during the winter. As for Manitou's I wasn't impressed with the fit, finish and styling of the Manitou's we looked at.
Sorry you're having issues
2019 22 GSRFB ESP w/200hp V6 Mercury

No need for discussion.... I shopped them all and you see where I ended up!
Nuff said!!
2014 24SSLX Black w/Graphite accent. Sandstone interior/Seagrass flooring. SPS w/200 E-TEC. 41.6mph 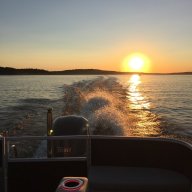 There is another pontoon\tritoon other than a Bennington! Who knew
Ray & Alice
agam

Understand the competitor discussion. No problem. I really loved my Bennington. Great quality. Rock solid construction. Awesome features. I spoke with the dealer today. Not good. They are trying to weasel out. Told me to contact my insurance company. I gave him 24 hours for a better response. Totally shocked by this. UNBELIEVABLE! 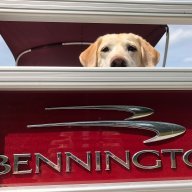 Uke said:
Understand the competitor discussion. No problem. I really loved my Bennington. Great quality. Rock solid construction. Awesome features. I spoke with the dealer today. Not good. They are trying to weasel out. Told me to contact my insurance company. I gave him 24 hours for a better response. Totally shocked by this. UNBELIEVABLE!
Click to expand...

Are you serious? Contact YOUR insurance company? THEY did it. Have them contact THEIR insurance company! Unreal! On second thought and maybe Lakeliving can chime in....... Maybe it would be a good idea to get your insurance company involved. So they can oversee the entire claim with the Dealers insurance company and act as a liasion. So you won't have to have any direct contact with them ......
Daril Godinez

Still reserving more extensive comments until I hear what they have to say tomorrow. Trying to be fair. I was thinking about getting my insurance company involved. We'll see what direction things head. If they continue to act they way there are, it won't be just about the boat or money. Also, I should be talking directly with Bennington and BRP tomorrow.
G

To be perfectly clear... this is a dealer issue, NOT a Bennington Marine (BM) issue. No BM bashing will be tolerated here. Thank you.
Randy from Michigan

Heck, call the cops and report vandalism! That is crazy. I would definitely call my own insurance agents as well. When the guy backed into my first boat when I was stopped for fuel on my way to trade it in, I called them, even though the auto insurance of the guy was going to be covering it, I still wanted them to be aware. Not to mention they might have some useful information on how you should proceed. My insurance said that if there was any issues with the auto insurance not wanting to pay that they would just pay and take the auto insurance company to court for reimbursement.

One of the biggest things is you don't want to lose your claim free discount if you have one.

goldnrod24 said:
To be perfectly clear... this is a dealer issue, NOT a Bennington Marine (BM) issue. No BM bashing will be tolerated here. Thank you.
Click to expand...

Goldenrod24: Where did I bash Bennington Marine? Obviously, this is a dealer issue. I've said nothing but positive things about my boat. Calling Bennington to let them know how I'm being treated by one of their dealers is certainly not BM bashing. I'm sure they will want to know how a valued Bennington customer is being affected by a business that represents them.

adkboater said:
No need for discussion.... I shopped them all and you see where I ended up!
Nuff said!!
Click to expand...

SEMPERFI8387 said:
No problem, not specifically directed at you, just wanted to nip it in the bud before it went further and got out of hand...
Click to expand...

^^^This. Moderator comments are not directed to any specific member.
Randy from Michigan

If you went the insurance route they would pay to fix the boat minus your deductible, then they would try to subrogate against the at fault party (provided they can find one), recover the costs and reimburse you your deductible or pro-rate depending on the recovery amount. This could take some time with no guaranteed results as you are at the mercy of the adjuster to shake the tree and pursue the subrogation. Depending on the total amount it might not be worth their expense to investigate, hire experts etc. If this was a house fire or a $20M turbine loss it would change things. Also, you would have this claim on your history for future renewal rating etc.

My suggestion would be to get the dealer or whoever caused it to own up to it and deal directly through them. Plan B, get legal involved, Plan C, go the insurance route.
2014 24-SSLX- SPS-Yamaha F200 Top Speed 44.4mph. Saltwater Series. Tow Vehicle-2017 Silverado Z71 5.3L. Genesis tandem trailer w/brakes. MSU Grad. 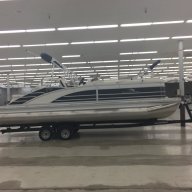 I think it is a good idea to notify Bennington of the experience your having with their dealer ,I had a similar experience with my Newmar Motorhome, I wrote a letter to Newmar to get involved because of the lack of dealer response, final outcome was they are no longer a Newmar dealer . some advice document everything, that is essential for a outcome your happy with 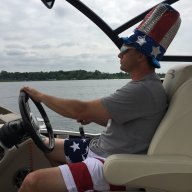 I second the, "document everything" statement! Names, times, dates & notes are a huge asset during mediation and/or court.

So sorry to see that, I know the feeling of seeing a sinking toon, but mine wasn't nearly that bad. I can tell you that my boat was successfully repaired and I have no reservations using it with my family on board. Good luck and I hope it all works out.
Present - 2013 Bennington 2575 QCWT w/ ESP & 300hp Yamaha 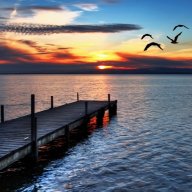 Who first saw the silicone? Was it an impartial 3rd party or one of the dealership's employees? Either way, drop everything and try to get a written witness statement from them.

Yes, it's a dealer issue but definitely loop Bennington in for the purpose of them knowing what one of their dealers did. If I were the person in charge of franchises at Bennington I would be VERY interested in this. One phone call from Bennington could send shivers up whatever spine is left in that dealership owner. Imagine if you were a Bennington dealer and lost your franchise over this? ABSOLUTELY involve Bennington. Besides, there are future warranty concerns for the rest of the boat if they do repair it.

If you file the claim with your insurance company, chances are they would pay but I doubt they would even try to subrogate with a he said/she said scenario like that. If you can't prove they did it and you're directly involved, I doubt they would be able to prove it and they just won't have the energy for it either. Insurance is all about "cut your losses" and this seems to be one of those if nothing changes. Bottom line your insurance would have a "hit" on it for something that's not your fault. They would raise your rates and trust you less on the next claim or possibly drop you altogether. I'd be worried if this would even be covered by boaters insurance. Filing a claim with them might make them think you're admitting either you did it or don't know who did it. If you accuse another party they might back away and tell you it's a civil case. In other words, depending on your policy and the fine print, they might only cover your screwups. I was thinking you might need to involve your homeowners insurance.

YOU can file a claim with THEIR insurance. Finding out who insures them might be a pain but I'm sure it can be done. Then you contact them to file a claim. I did this when my son (driving my car) got T-Boned by a car that ran a red light and admitted it to the officer right at the scene. I don't know how it works with a business but I would look into this. It won't ever come back on you for a rate increase or any other of the negatives associated with filing a claim against your own insurance. Best part if this works is NO deductible! You would think insurance companies would act like judges but they act more like tightwad, rich parents who will grunt, cut a check and REMEMBER. Blame won't matter much at all, they'll just resent that they had to cut you a check.